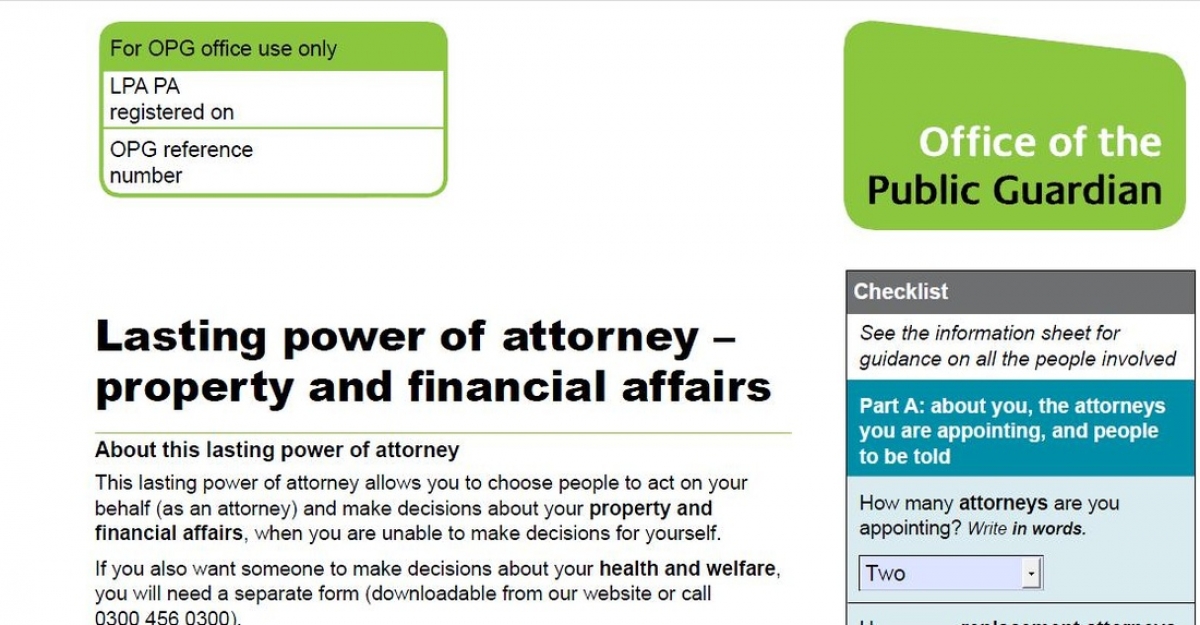 Lasting Powers of Attorney - Don't leave it too late

A member of staff's relief at having taken out a Lasting Power of Attorney on her uncle.

"How grateful am I that I arranged for my uncle to have a Lasting Power of Attorney taken out. He was in his eighties and living alone in a second floor flat in London at the time and was managing fine with day to day living, still socialising with friends and driving his car. However, he was a little more muddled and forgetful so a Lasting Power of Attorney for financial affairs to make life easier for him seemed to be a good idea. Unfortunately, 3 years on, with numerous health problems and dementia having taken a terrible hold, I am so grateful that I am able to manage his affairs. He is now living in a nursing home, but I have been able to arrange for his flat to be rented out to help pay for his care fees and have also arranged for the lease to be extended as it would be very difficult to sell the flat if need be, without the required number of years left on the lease. In the absence of a Lasting Power of Attorney, the Court of Protection would have been required to appoint a deputy to look after his affairs, probably someone from the Local Authority which would be an expensive option. The decisions regarding his flat would not have been taken and his estate would, no doubt have been depleted."

Don't leave it too late. Call The Probate Bureau to arrange your Lasting Powers of Attorney on 0800 0282837