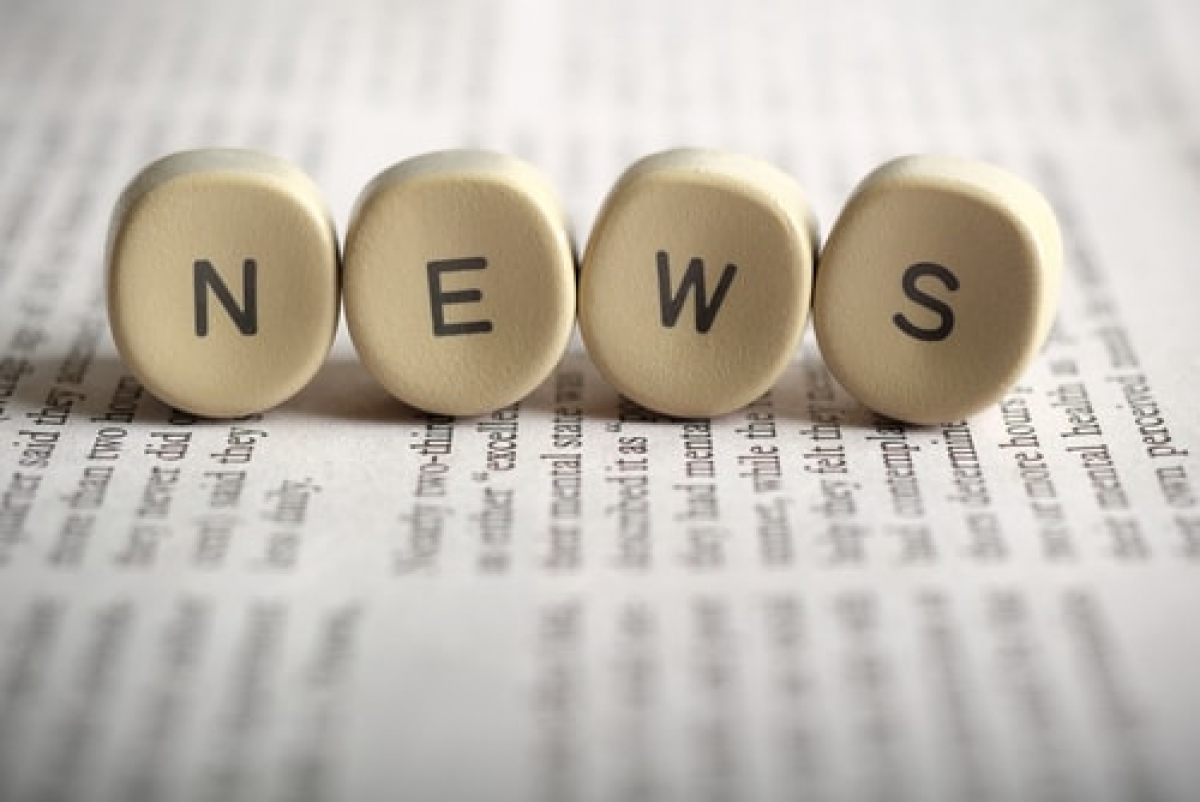 Wills and Probate News Compiled by the Probate Bureau

Wills and probate experts in Hertfordshire and Essex, the Probate Bureau, have compiled the latest news, advice and guidance on Wills and Probate from around the world.

Calls for a complete overhaul of 'unfit' inheritance tax system

Inheritance tax should be scrapped, and replaced with a fairer system that would be harder to dodge, thinktank the Resolution Foundation has said. In its latest report into how to tackle unfairness between the generations, the thinktank, chaired by former Conservative minister David Willetts, says inheritance tax is by far the most unpopular tax. Despite being levied only on the largest 4% of estates, and raising just 77p of every £100 of taxation, it is widely regarded by the public as unfair.

Adam Corlett, a senior economic analyst at the Resolution Foundation and the report’s author, said: “Inheritances are already worth over £100bn a year, and their doubling over the next 20 years means they are going to play an even larger role in shaping British society. “But the current system of inheritance tax is not fit to deal with this societal shift. It currently manages the uniquely bad twin feat of being both wildly unpopular and raising very little revenue.” Instead, Resolution proposes a “lifetime receipts tax”, that would allow beneficiaries to inherit a lump sum before they paid any tax on it – and potentially raise extra revenue for the Treasury.

Its analysis suggests by setting such a lifetime limit at £125,000 and then levying inheritance tax at a lower rate of 20% up to £500,000 and 30% after that, the government could still raise an extra £5bn by 2020-21. Taxing individual recipients of bequests rather than the estate as a whole could also give parents an incentive to spread their largesse more widely. The think tank warns that inheritance tax is too easy to avoid, in part because of reliefs, including those for capital held in agricultural land and shares on the hi-tech AIM market. These exemptions, which cost the Treasury £1bn a year, were intended to protect farmers from having to break up their estates and encourage entrepreneurial investment. But Resolution claims they are widely abused as a way of avoiding inheritance tax.

Wealth taxes have risen up the political agenda, with the government facing mounting pressure to find ways of increasing spending on public services including the NHS. But the Conservatives’ ill-fated proposals for funding social care in last year’s general election manifesto underlined the political risks involved. Labour has said it will examine the case for a land value tax, charged each year at a small percentage of a property’s price – but the Conservatives have attacked the idea as a “garden tax”.

The Treasury-backed Office of Tax Simplification is currently seeking the views of the public on how best to reform the inheritance tax system. Next week Resolution will publish the final report of its Intergenerational Commission, a two-year project whose contributors include TUC general secretary Frances O’Grady, and CBI director general Carolyn Fairbairn. It has previously found that millennials, classed as those born between 1981 and 2000, are half as likely to own a home at age 30 as baby boomers.

A RECORD £5.2 billion in death duties was paid by bereaved families in the last year, according to official figures today. The 2017-18 inheritance tax haul (IHT) is up to £400m on the on the previous year on the back of soaring house prices and a booming stock market, reports Sarah O'Grady in The Express.

However, the introduction of the new ‘family home allowance’ which allows a couple to pass on £850,000 tax-free is set to see the taxman taking a smaller cut of family wealth in the future as the tax take plummets.

In April 2017 a new additional allowance of £100,000 was introduced when a family home is passed directly to children or grandchildren.

Known as the “residence nil-rate band”, it is added to the normal allowance and is set to increase each April until reaching £175,000 per person in April 2020.

By then, a couple will be able to pass on £1m without paying death duties.

Advice on inheritance tax and the family home

Robert Peel, a tax expert, writes in the Yorkshire Post - Changes to Inheritance Tax legislation over the last few years have made planning a lot easier. We now have the main nil rate band and the new residential nil rate band, both of which are transferable to a surviving spouse.

The rules surrounding the residential nil rate band are complex but it does mean that where couples have a combined estate of less than £2m and at least £250,000 of this relates to the main residence, they may be entitled to an additional exemption of up to £125,000 each as long as all the qualifying regulations are met.

This has meant that complex will structures involving the use of Will Trusts may no longer be appropriate for joint estates that fall below £900,000, being twice the level of both of the nil rate bands. Simple wills that leave everything to the surviving spouse may be all that will be needed to avoid inheritance tax.

Complex wills, including Will Trusts, may be needed depending on individual circumstances but, generally, these will be for non-tax reasons to protect assets or to ensure that these end up in the right hands where modern family structures are complicated with second marriages and children from both marriages.

However, there are still large numbers of families who whose main asset is the family home and the value of their estates still exceed £900,000. These families are therefore facing a large inheritance tax bill. There are planning opportunities that are still available that they can take advantage of in order to reduce the impact of the tax on the next generation.

The first option to consider would be to sell the property and downsize thus releasing capital that can either be used to fund gifts to children now or to provide an income in an inheritance tax-efficient manner.

If it is not desirable or possible to sell the house outright then there are commercially available equity release schemes that would provide capital to fund lifetime gifts by providing a lifetime mortgage. If owned by a couple, on the second death the house would then be sold and the proceeds used to repay the mortgage and accrued interest and any balance left over would be available to distribute to children. The outstanding debt would reduce the amount chargeable to inheritance tax. These are specialised financial arrangements and professional advice should be sought to ensure that it is suitable for you.

It is possible to gift your children a share of the house and the amount gifted would fall out of your estate for IHT purposes if you survive the gift for seven years. If your children still live with you, they would avoid the anti-avoidance legislation and you could carry on living in the house rent-free. However, if they no longer live with you or they subsequently move out you would need to pay them a full market rent for the share gifted otherwise the gift will not be effective for IHT purposes.

You will need to be careful with the arrangements in order to avoid tax avoidance legislation. This involves reviewing the rent to ensure that it is at all times a full market rent.

Finally, if none of the above arrangements is suitable then consider life insurance cover. This will not reduce the amount of IHT payable but would produce a lump sum on death to enable the IHT to be settled.

The Office of Tax Simplification (OTS) has issued a call for evidence and launched a survey on IHT, having been asked by Chancellor Philip Hammond to examine the regime and how it may be simplified.

While accountants are extremely cautious about the likely outcome of the review, they say this is a good prompt for farming families to review their IHT position, succession and retirement plans. Agriculture benefits from up to 100% relief from IHT on qualifying assets through agricultural property relief (APR), with the result that proper organisation and planning can mean no IHT is due on many farms and estates.

In almost every Budget of the past 20 years, there has been a degree of nervousness about possible changes to IHT reliefs.

While much of the Chancellor’s target was the administration of the tax, there was perhaps a warning shot for landowners, said Mr Hitch, referring to the OTS also looking at how gift rules interact with the wider IHT system.

It will also consider whether the current framework causes any distortions to taxpayers’ decisions surrounding transfers, investments and other relevant transactions.

Even if a farmer or landowner does not expect to make changes in terms of passing on assets, it is good practice to regularly review and understand what the tax position would be in the event of a transfer or a death.

The more diversified a business is, the more important it is to perform such a review, as diversification can take assets outside of the scope of APR, although business property relief (BPR) may still be available, also at up to 100%.

The budget is expected in late November or early December and while the OTS will make recommendations, the Chancellor is responsible for final decisions on tax policy. The OTS wants to hear from anyone with experience of the system including farmers and their advisers.

The Probate Bureau offer financial and inheritance tax advice, Will writing and probate administration services throughout Hertfordshire and Essex. Call a member of our friendly and knowledgeable team today on (freephone) 0808 120 5420